My Correspondence Chess results at ICCF

I started to play Correspondence Chess at ICCF in 2016. Link to my profile. I play both in thematical tournaments, in open tournaments, in closed rating based tournaments like class events, and in other events like team matches for Team Sweden. I was also selected to play in a team match for "Team Europe" vs "The Rest of the World" where I won.

How I started to play

First I played in a friendly mini match to get used to ICCF server where I won with 2-0. After that I mainly played in thematical tournaments since almost all other tournaments requires a Corr Elo to be able to participate in or a FIDE Elo either bellow 1700 or above 2000 and I had about 1900 FIDE Elo. By playing in a rated class H tournament and by playing in several team matches I got a Corr Elo in 1 october 2018.

My plan for the future

I have been thinking for a while and starting from summer 2021 untill at least 2025 I will stop play in thematical events and I also stop playing in class events. Instead I will focus more on international open events to develop my game better. My plan is to play in any international open event I get invited too. I will also play in every match I can for Team Sweden. I will maybee also play in some more Europeans championship besides open events.

After that I will play class events again but not play in any thematical events ever again. The reasons for not playing in thematical events are that Final events can start at any time so sometimes I have been drowning in games becouse of this since one does apply to play in them but they are automatical without any notice. One time two Final events started at almost the same date.

I was close to stop playing Correspondence Chess in summer 2021 since the new generation of NNUE AI network engines has made it almost impossible to win unless error in opening book or incorrect opening, wins on time or analys one move and commit one other. In that period in 2021 I lost incredible many Elo points mainly dou to incredible many draws, I lost everything from 0.5 Elo to 5 Elo per draw. K factor also dropped to fast so wins did not give anything at all, I had almost identical amount of wins as amount of loses, one lose more. My few wins or loses came after opening mistakes by myself or opponent or that the opponent or I analysed one move and commited a other move. Most of my loses came after great analytical mistakes in my opening books or bases. However after a timely realise of a few new opening books and with new and more interesting lines I will play on for some more years, partcuallty since I heared of plans to change the Elo system and norm requerements thus I can hope to get a higher title in the future.

Start Elo is incredible more dependent on the players one met before one got Elo even more than in over the board chess since the when gets an unfixed rating after 12 games and a fixed rating efter 30 game where all games from game one are including in performance calculations. Computers are getting stronger and stronger making draw rates in most events high thus 200 elo span is usually the same practical strengh. Its not uncommon that 500 Elo differences results in a draw, for example I have played draws vs a top 10 GM in an unrated events and played many draws vs titles players in rated events too like severl draws vs 300 or even 400 Elo higher rated players and I have also played draws vs 300 elo lower rated opponnets.

Before one gets an Elo one plays rated event where the opponents rating calculation is dependent on either ones FIDE Elo or provisonal Elo set by national federation.

After 30 games the rating is calculated very much like FIDE Elo. However the K factor drops incredible fast and draw rates are high in most rated events so is almost imposssile to get a high rating if one did not have a high FIDE Elo rating from start and did not have to waste games on lower class events to met at least 2000 elo or met lots of bellow 2000 Elo from the start.

For my part I most have wasted 30 games on bellow 2000 and did not start to gain elo untill I played in better class events and better boards in team matches. And now my K factor is low so win against same rating hardly gives elo points anymore after that I reached 100 games in year 2020.

My favorite thematical tournaments are Najdorf 6 Be3 and Petroff events since I like this kinds of positions with both sides and won several of these events. I have also played in thematical events where I dont know theory at all in the thematical opening but in those cases the results has not been equally good.

My plan is to slowly switch from lots of thematical events into fewer but rated events instead, but I will still play in thematical events from time to time since one can learn, test and improve ones repertour in a self selected line without risk of losing rating points.

Open tournamnets are fun in a way that it is rated games but also has a high rating span between opponnets. This has the effect that is easier to both win and lose Elo than in for example class events where a draw often effects rating very little.

However in some events a hard to explained advanced time contol called Triple Block system is used instead where there are no leave days and time controls works differently, extra days are stored at the bank where dyas stored day can be used to add time to the clock. These events has also a fixed end date and starting date and time increases after every move. Its however difficult to explain every details in a few words.

One is allowed to use any sort of equipment like books, databases, engines, tablesbases, dvds, magazines, read theory forums or annotations from web sites etc etc and use in ones game.

The games are however secret to the public with a few exceptions for a few events like team matches. In some events the completed games between other playes are viewable if a given number of games in the event are completed.

All mini matches and all games are played at the same time. The standard is 5 players in each tournament. However some tournaments has more players and in some tournaments the tournament is divided into sections where a given number of the best players from each section qualify to final or semifinal.

The standard events has become tougher and tougher since I started since in 2018 ICCF made it more stimulating by adding that the winner reaches the final even in the smaller standard events thus attracting more stronger and more serious players.

I played some unserius joke Correspondence Chess games at Lichess where I am a Patron. The site if completly free and has cheating detectors. Link to my profile.

I play a few standalone Correspondence Chess games and not in tournaments, I only play in blitz and rapid tournamnets for local club or district. Rating starts at 1500, a bit irratating since it takes time to get decent Elo to meet decent opposition. Lichess refuses to add Correspondence Chess titles from ICCF as part of username.

At Lichess there are different rules than ICCF. Computer engines are not allowed and tablebase claims does not exist. Opening books are however allowed to be used, a paradox since many of the newer and better opening books has computer evaluations in it. Time control is days per move and its not possible to play up time or take leave days. There are no email send when opponnet made a move, one has to login every day maneully to check that.

Play is more like rapid Chess but longer time control and with opening books. It could be an advantage to play none mainlines, including incorrect lines, since one can in some cases use an opening book in line opponent has no book on and where opponent can no use computer engines to completly refute the opening if the moves are hard to find.

Open events are a bit special. The rating span are usually much hiegher, it reminds a bit of or thematical events but rated and no fixed opening. Therefore it is a greater risk to win to both win lose Elo points since draws can both both give and cost more than in class events or minimun rating events. However, I dont care much about Elo, I only hope to get a CCE title in the future or possible a CCM title if looking at a very long perspective.

Starting from summer 2021 untill at least 2025 I will only play in international open events and in team matches for Team Sweden to develop my game better. I will maybee also play in Swedish Championship.

My plan is to play as many different international open events as possible but only one start in each events, many events allow mutiple starts so one plays in more than one group at the same time. After 2025 I will play in class events again but I have played to many thematical events so unless its some sort of funny opening I will not play in them. 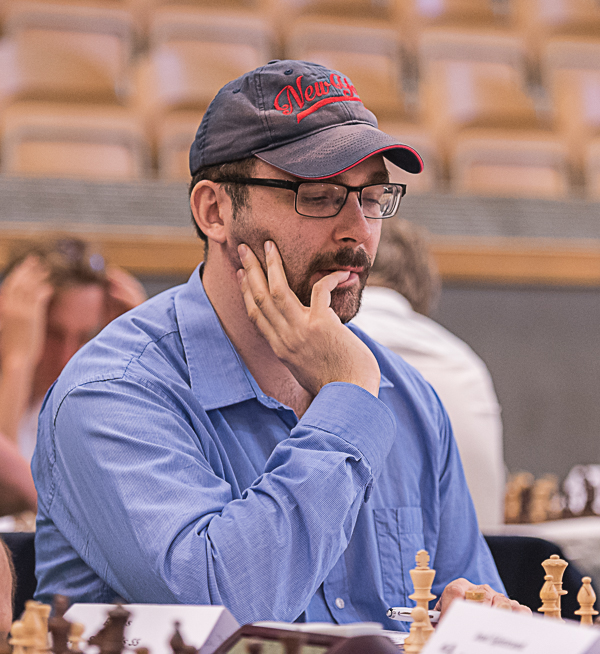 Openings plays a more important role in Correspondence Chess than in over the board Chess since it more difficult to win against computer assisted opponents from equal positions with no siginficant inbalances. I learned the hard way that one can not trust books blindly, even new opening books or databases can have great errors where the line they suggest lose by force.

I can also note that in my white rated Correspondence Chess 1 e4 games, Najdorf and 1 .. e5 are most common followed by Svechnikov and Dragon. I have also played the sort of grey area open sicilian line called Chekhover variation (4 Qxd4) instead of entering Najdorf or Dragon in a few games. I have also played some rare French defence games and some rare Caro Kann defence games and hardly met no other defences.

In my black games I can note that flank openings like English opening is very common. I have also played many Bogo Indian games but not only played a few Nimzo Indian game yet. I also played a game that started as Bogo Indian, became Nimzo Indian and ended up as Queens Indian. I have also played Nimzo Indian via transposing in some games where I played Ragozin Defence, an opening that is both an independent opening and can be reached via Nimzo 4 Nf3 if black plays d5 or other Nimzo lines like Qc2 d5 Nimzo if played as indendent option. 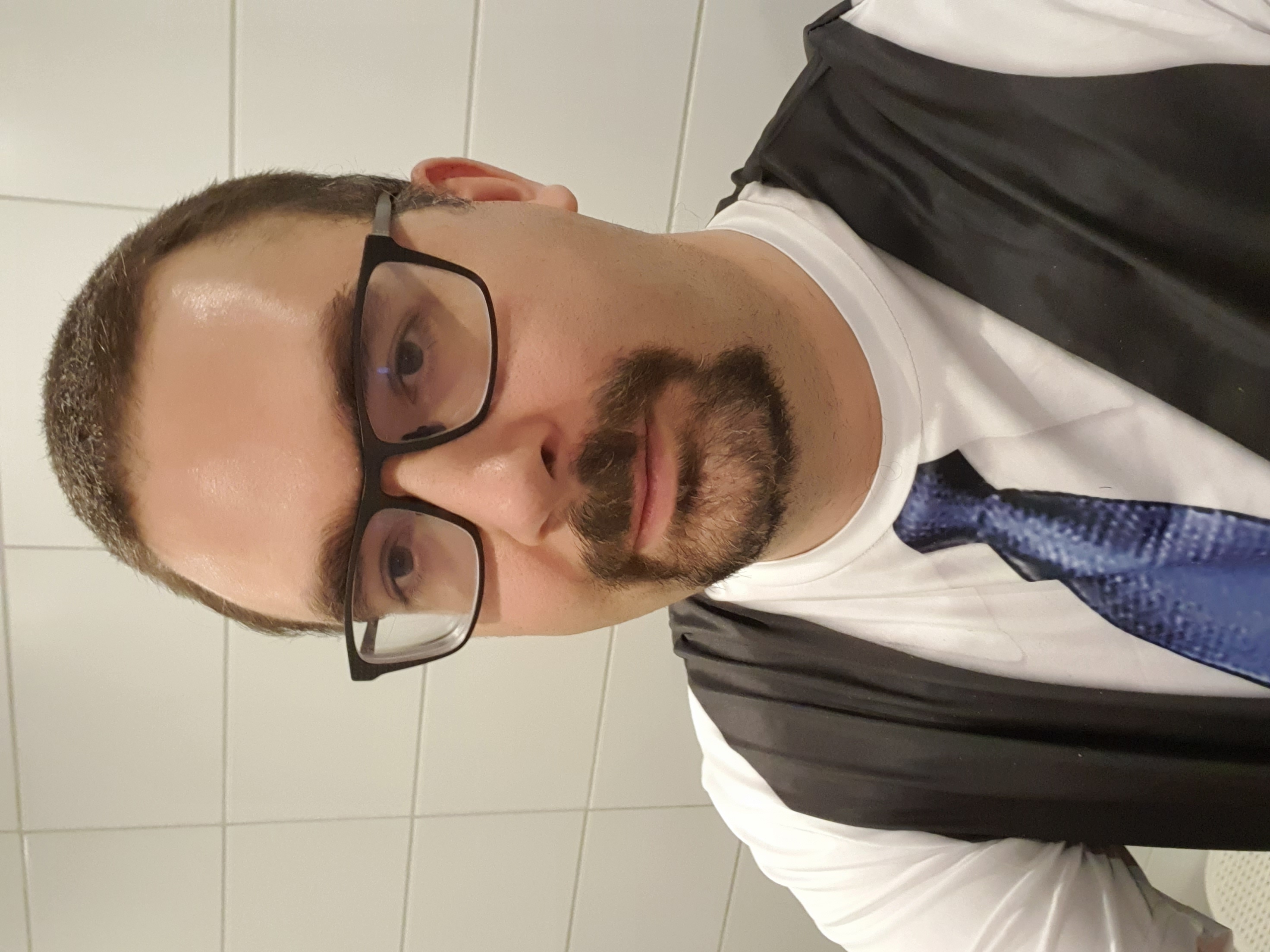 1st place or two 2nd places in WS/M leads to qualification to the World Championship cycle.

If one has Elo bellow 2100 and are EU citizen one can play in European Server Championship Open Round.